Titusville-gateway to nature and space

Titusville is a hidden gem along Florida’s famed Space Coast. In Florida, the nation’s third most populous state, to find a place like Titusville is truly unique. This city, with just over 22 square miles, still maintains a truly small town feel. Titusville, with its unique downtown, offers amazing views of the famous Indian River Lagoon and is just minutes to the award winning undeveloped beaches of the Canaveral National Sea Shore and Playalinda beach.

Titusville is home to the Kennedy Space Center and other high tech industries putting it in a class of its own. Whether you work in Titusville, Orlando, Melbourne or surrounding areas, Titusville is a great place to live. Visit one of the many waterfront parks, boat or fish in the lagoon, surf the waves of Playalinda beach or bring a bike to ride the fantastic Florida Coast-to-Coast trail running through this beautiful city. Witness the breathtaking launches from Space View Park (or anywhere in Titusville) while exploring the historic downtown as you enjoy a cup of coffee or a bite to eat at one of the many local establishments. Titusville truly has something for everyone whether you are a beach bum, fisherman, boater, nature lover, high tech job seeker or a space watcher, it is the place to call home.

For more information about Titusville and the Space Coast please visit: 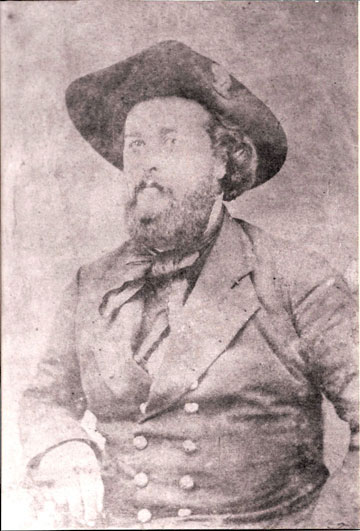 Titusville was founded in 1867 when Confederate Col. Henry Theodore Titus stepped ashore on the banks of the Indian River, although the first U. S. Post Office in the area was established in 1859 in what was then known as Sand Point. Col. Titus came to Sand Point with the idea of building a town on land owned by his wife Mary, and overlooking the Indian River where they had first stepped ashore, they built the first hotel and named it “The Titus House”. The Colonel and Mary donated land for the first courthouse, four churches, laid out many of the town’s streets, and established a link to the outside world by connecting the St. Johns and Indian Rivers with mule-drawn wagons.

Today’s “Titusville” might have been known as “Riceville” except for the craftiness of Col. Titus who won a challenge match of dominoes against Capt. Clark Rice to determine which player got to rename the town. Thus the outcome of a domino game resulted in Sand Point becoming Titusville, Florida in 1873. 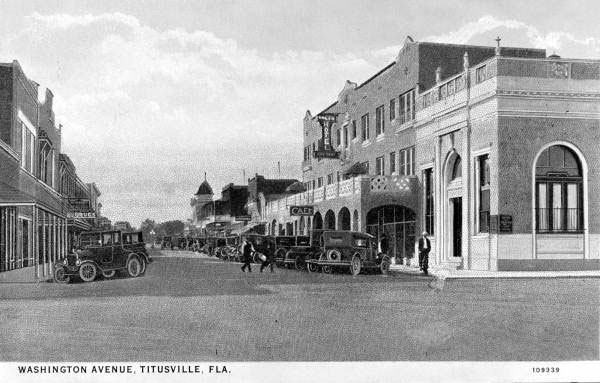 In the 1880s, Titusville became the birthplace for commercial shipments of the famous Indian River Citrus from Dummitt Grove. With the 1880s and 1890s also came the establishment of the first bank, two newspapers, founding of a fishing Industry, railroad connection between Titusville and Enterprise on the north shore of Lake Monroe near Sanford, extension of the railroad from Jacksonville south along the East Coast with Titusville’s first railroad station being constructed in 1892. Other highlights of the period included a few devastating fires and freezes.

Of special note is the incorporation of Titusville in 1887 and the organization of a Board of Trade which was the forerunner of the present day Chamber of Commerce. Shortly after the turn of the century focus was on construction of schools, roads and a bridge across the Indian River to make it possible for easy access to Playalinda and Desoto Beaches. A water system was installed, a fire department was founded, a second bank was established, first permanent street paving was accomplished and stormwater drainage systems were installed.

Titusville was deeply affected by the burst of the Florida Boom in the mid 1920’s and the economic depression of the 1930s. Since no airports existed on the east coast between Jacksonville and Miami a highlight of 1927 was the opening of present day Arthur Dunn Airpark for use as an emergency landing field for the airmail service of the times.

During World War II many enemy ships were sunk off nearby beaches, a boat construction company built hundreds of landing craft at a plant located at the yacht basin. A Navy fighter field was also established just south of Titusville which today is known as Space Coast Regional Airport.
The 1950s and early 1960s were a period of steady growth with additional population increases being counted when the towns of Whispering Hills and Indian River City were consolidated with Titusville. The 60’s also commenced man’s conquest of space and with Kennedy Space Center came the accompanying boom which produced the first motels, the first multi-rise apartment building, a public hospital, shopping centers, new golf courses, churches, and sub-divisions.
Along with the names of the Astronauts the area became familiar with such major companies as TWA, McDonnell-Douglas, Boeing, North America, Grumman, Bendix and a host of others. The end of the Apollo program in the 1970s offered new challenges to the community as did the Space Shuttle Program of the 80s and 90s, although in dramatically different ways.

Now, Titusville stands on the threshold of new challenges — These are welcomed challenges offered by increased tourism, new industries, and all the unknowns of the 21st century. No doubt these challenges will be met with the same enthusiasm as did Titusville’s previous occupants.
–Titusville.com

GET MORE INFORMATION ABOUT OUR COMMUNITY
LEARN MORE